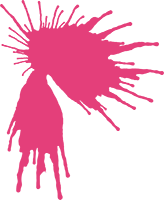 Paintball is a non contact adrenaline sport in which players compete, in teams or individually, to eliminate opponents by tagging them with capsules containing water-soluble dye and featuring a gelatin outer shell (referred to as paintballs) propelled from a device called a paintball marker (commonly referred to as a paintball gun). Paintballs are composed of a non-toxic, biodegradable, water-soluble polymer. When hit by a paintball the paintball cracks and the place of impact is marked with coloured substance. This “taged” player then leaves the field and heads to previously specified area.

Paintball guns have effective range of around 50m. Compressed CO2 or air is used to propel the projectiles. Projectile exiting speed is around 300fps.

Paintball safety is based on strict rules of using safety equipment and muzzle velocity limits.